What the press says

Never Enough Music - Luna Keller and Eric Bay will cast you in their spell, just to leave you where you fell with their atmospheric ballad ‘Midnight Queen’

Midnight Queen is a piano based pop ballad and a step into a different direction for me. That’s probably why I love this song so much. Collaborating and getting inspired by Eric Bay’s artistry was great and I truly feel we created something unique.

It all started when Eric wrote me on twitter and asked me if I’d like to collaborate. I checked out his music, loved it and said yes. I had written the chorus bit the song starts with almost a year earlier and I couldn’t come up with a good verse or bridge for it, so I sent him that. He wrote a verse, then I added to it again… and so on until the song was done. I’d say both the lyrics and the melodies are written by both of us. We turned out to be a great team.

Once the songwriting was done, Eric arranged and played the piano for the song which gave it the feeling it has now. For me it was really great to sing on a non-guitar based song for a change. It all came together with the arranging work Roger Keller made, the cello played by the amazing Yoed Nir, and the mixing by Uli Pfanmüller.

So that’s how the song came to be, but what is it about? It’s about a tragic character that was hurt and now hurts others to numb her pain. Not very joyful, I know. But it is a fascinating and very emotional concept and thanks to Eric we got to write it from two perspectives: hers that comes from a place of pain and encourages empathy, and the perspective of the people hurt by her - a warning. It’s a story told by a third person who still feels deeply and cares about the pain that’s caused.

Working with Eric didn’t only open up my musical horizons - I also gained an awesome music friend to exchange ideas with. This collaboration reminded me that sharing the joy of creating art with others is one of the greatest gifts. I’m especially fond of co-writing because it allows me to learn from the other artist, write from another perspective and explore directions I’ve never thought of. I’m really proud of the final outcome and it was a joy to work with Eric. Isn’t it amazing how technology made it possible for us to write a song together even though we have never met in person? It’s a truly great time to be a musician.

She’s the lonely queen of midnight
Disappearing when the daylight, daylight comes

Have you really seen her?
Beyond the emptiness in her eyes?
Have you attempted to swim
In the ocean of tears that she keeps within? 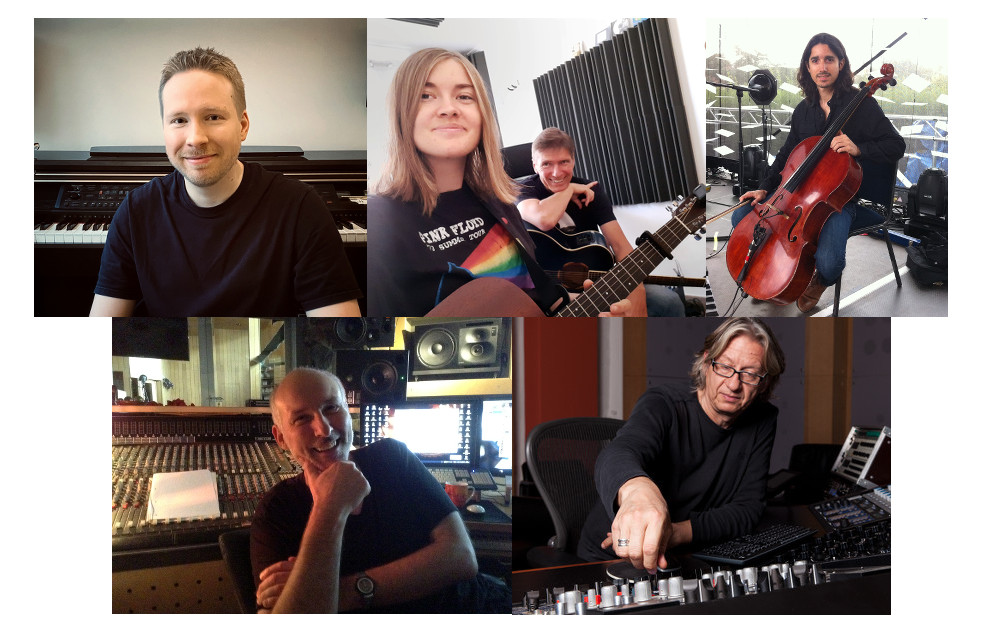